Pulling a power move on your last day of work—not matter how much you hate your job and the people you work with—will have consequences that will follow you for life. 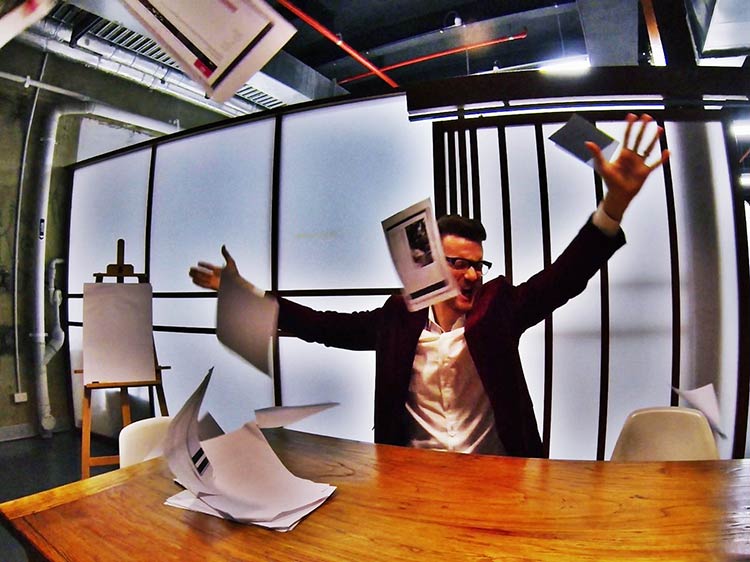 Admit it: You’ve totally fantasized about quitting that lousy job of yours. So, how would you do it?

Maybe you would put on some Kanye, and make a video announcing your exit. Perhaps you’d deploy the emergency slide, and scoot right on out of there. Or, how about what is possibly the most bold power move we’ve seen yet: Go completely rogue and deactivate the president’s social media account, just like a customer service employee at Twitter did with Donald Trump’s personal account before making their grand exit.

Yes, these all would be awesome to try, and the satisfaction would surely be sweet—for about five seconds. Then, it would be awful.

While it may be tempting to quit in a spectacular, sure-to-go-viral fashion, don’t do it. Apart from eliminating your eligibility for unemployment benefits, quitting your job with a dramatic spectacle is bad for other reasons, too.(Consider one of theses seven ways to quit your job instead—but not before finding a new job on Monster.)

We consulted career experts, and here are their top reasons for keeping your cool, even when you’re overheated enough to quit your job.

Even if you have legitimate complaints about management, how you’ve been treated, or some other aspect of your job, leaving with a grand gesture will make those points moot.

“Although tempting, throwing a fit makes the employee look juvenile and will negate any relevant reasons one may have for leaving a company,” says Andrea Berkman Donlon, founder and CEO of The Constant Professional, a job readiness and personal brand development tool.

Not to mention, when you’re trying to gather your references for your next job search, you’ll have burned too many bridges with your former colleagues that you won’t be able to use them as references. Which brings us to…

Thanks to social media, potential employers are no longer limited to just calling the HR department at your old job for a reference, says Jewel Bracy DeMaio, a professional resume writer and job search coach at Perfect10Resumes.com. Now, the employer can “see all the staff at your company and reach out to practically anyone you've ever touched,” Bracy DeMaio says. “It would be quite easy to find someone who is open to giving the skinny on the type of person you really are.”

Thanks to the ever-present “mutual friends” function on most social networks, this extends to others in your industry, not just places you’ve worked in the past. It’s all too easy for prospective employers to see your connections and for word of your bold exit to make the rounds.

You could land yourself in legal trouble

While the Twitter employee may have earned cult celebrity status, Tor Ekeland, a Brooklyn-based lawyer, told The Hill that the employee may find his or herself in a lot of trouble, should Twitter decide to take legal action.

“This was not just unauthorized access, but damage,” Ekeland told The Hill, noting that causing $5,000 worth of damage could come with a 10-year prison sentence.

If your spectacular departure breaks the law or is in violation of any kind of employment agreement, non-disclosure agreement, or non-disparagement policy, business attorney Mark Chatow says there could be legal ramifications.

“An employee who goes out ‘in style’ and then posts a picture, video, or even a tweet about it could potentially be going from a blaze of glory directly into legal hot water if their former employer decides to pursue litigation,” Chatow says.

Writer and blogger Marisa Mohi once quit her job in a huff. When she was 21, Mohi says, she was a server at a barbecue restaurant owned by a local celebrity. There were rumors of a romantic relationship between the celebrity owner and another server, and Mohi felt this added to some preferential treatment of the other server. One day, she refused to assist the other server with some of her duties and was written up. On the write-up, instead of signing her name, she wrote “your mom” and was fired.

“To this day, that job manages to come up in job interviews…and I have to explain how I left that company. After that, it’s hard for me to regain control of the interview because the interviewer always wants as many details as possible,” Mohi says.

Recruiters and HR people like gossip as much as the next person, and if your “great story” is what people remember about you instead of your positive qualities, contributions, and qualifications, you may not get the job.