How to handle becoming the boss of your peers

Moving up the ladder is about more than moving your desk. Manage your new role—and status—with these strategies. 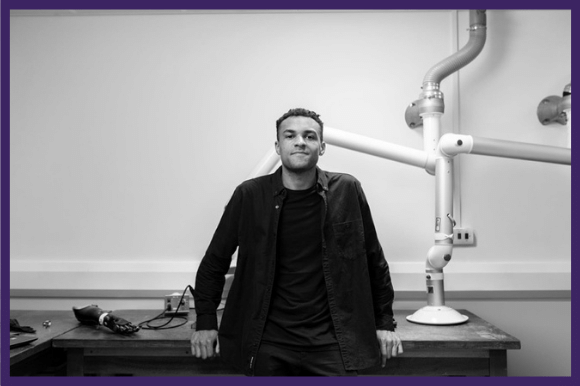 When you become the boss of your peers.

A promotion is a great thing—new title, new responsibilities, unlimited power. (Well, maybe not that last one.)

But when a career boost moves you to a position in which you’re managing your former peers, things can get tricky.

There may be emotional reactions within your team, for instance. You may have to reevaluate work friendships. And those co-worker lunches where everyone complains about leadership?

Probably a thing of the past.

“Often times there could be colleagues who vie for the same position. When one person gets that position, and someone else who was also in contention doesn’t get it, there can be a lot of feelings that go along with it,” says Susan Peppercorn, a career transition coach and CEO of Positive Workplace Partners.

Navigate the path to your new role with this advice from career experts.

Talk about the move

Moving from work peer to boss might feel awkward for everyone at first, yet being transparent about that goes a long way.

Acknowledge the shift with each person and talk about how you’re going to move forward.

“You should have a series of one-on-ones very soon after your promotion to do a sort of listening tour and find out what’s on their minds,” says Nancy Halpern, an executive coach with KNH Associates in New York City.

“What are the greatest opportunities they see? What are the challenges? As a manager, what are the ways you could be helpful?”

You shouldn’t make promises, but you may learn more than you knew before. “The whole relationship is shifting for both parties, and that can be good or bad,” says Mikaela Kiner, an executive career coach in Seattle and CEO of uniquelyHR. “I want people to be very proactive in how they manage through it.”

It can be tempting to feel like you’ve “won” your new role and to use your new position of power to tweak the way things work. Fight the urge to shake things up until you’ve settled in.

“For example, ‘I’m a morning person, so now we’re going to start our meetings at 8 a.m.,” Halpern says.

“Don’t make those kinds of structural changes that may impact people’s lives too soon. Give yourself some time to establish a rhythm, maybe 60 to 90 days.”

You may feel like this is a great time to get rid of the people who do a poor job, but resist acting right away.

“Build your relationship with HR, and observe that worker from your new perch,” Halpern says. “Know that any change you make too fast will rock the boat and make everyone else insecure. Give yourself time to sit in your new authority and power.”

Have a feedback process

It can be helpful to encourage a review after you’ve been on the job for a few weeks.

“A lot of people call it a new leader assimilation,” Kiner says. “Have someone objective—maybe it’s your HR person—ask individual team members for feedback. ‘How is this person doing in the new leadership role?’”

This also puts you in a position to demonstrate your ability to receive and act upon feedback. “If a leader can do that in a way that is curious and not defensive, it really sets the tone for ongoing feedback and continuous improvement,” Kiner says.

As someone who’s been operating within a peer group of colleagues, you might have coworkers with whom you’re extra friendly. As the leader of this group, now, you’ll have to spread the love around a bit.

“If you are perceived as having a closer relationship with some, despite the fact that you may feel like you’re open-minded, some group members are going to immediately feel that they’ve been marginalized,” says Roy Cohen, a career counselor and executive coach in New York City.

“You have to make a commitment to demonstrate your ability to treat everyone the same.”

When you have group meetings, make sure everyone’s voice gets heard. Skip the inside jokes. And if you regularly have lunch with one or two people, either cut back on how often you hang with them or expand how often you meet with other folks. “It’s about creating a fairer platform,” Cohen says.

Have you always been the kind of employee who was well liked because you were fully engaged as a friend or colleague? You may have to tweak your behavior as a higher-up.

“What may have made you an attractive peer may make you a less attractive leader,” Cohen says. “Leaders often need to be seen as mature and decisive. Colleagues are often appreciated because they’re fun.”

Embrace your new role. After all, you earned it. “People who are ambitious don’t necessarily look at leadership as fun,” Cohen says. “The look at it as an entitlement and an accomplishment.”

Being a great boss isn’t always something that we’re born with. It can be a learned skill, and often, the people who succeed most at managing others work hard at learning what techniques work best to create a happy team.

To stay current with the latest management trends, join Monster, and you’ll receive expert advice, as well as job alerts for that moment when you might decide to take the next step—in an entirely different direction.