With one of these jobs, you could be making more than $100K per year. 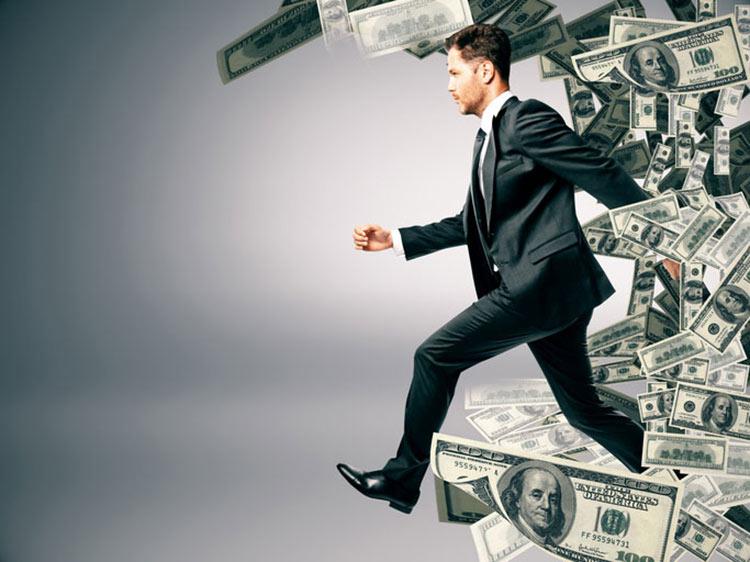 A career in sales can be very lucrative if you know where to look.

Want to make the most possible money in sales? Stick with service-related industries or market big-ticket, high-margin items sold to businesses, rather than consumers. And get into the field right out of college, because the chances of landing a six-figure sales job diminish as you age.

Here’s a look at eight sales jobs where your base salary and commissions could add up to six figures:

Companies that sell their expertise to other companies recruit high-GPA students from select universities. They love club leaders and sports-team captains who live to win. “Obviously, they would prefer somebody with accounting knowledge, but it’s not always the case,” says William Gaffney, a recruiter with Amaxa Group in Dayton. This is an eat-what-you-kill environment, where the biggest commissions go to those who bring in the biggest contracts.

The consumer packaged goods (CPG) market, including toys, beverages and products sold through grocery stores and ethnic markets, is growing, says Brian Sekandi, principal search consultant for Gilmore Partners in Toronto. A CPG sales director places the product nationally via a network of consumer market contacts. To start your career as a junior CPG salesperson, you’ll need an MBA. “You’re like a brand manager, but you do many other things,” Sekandi says. “You’re fully involved in the business, not just selling the product.”

The digital ad sales market continues to grow, while traditional print, broadcast and cable sink. “If you’re in media, get over to the digital side -- banners, buttons, search-engine optimization -- because the digital agencies still have money,” says Rick Linde, a partner at executive search firm Battalia Winston in New York City.

Look for large clients opening new distribution channels, such as Internet Protocol television, video-on-demand initiatives or selling products on mobile phones. “We’re seeing a lot of new business channels, so you need the ability to sell in new platforms [such as] text messaging or scanning your mobile on an advertisement and getting a promotion,” Sekandi adds.

If you’re now selling traditional media, sell integrated packages and then shift into selling only digital.

Medical-device companies like to hire their entry-level salespeople from the ranks of business-to-business salespeople, says Mamie Rudd, a senior medical recruiter for Richard Kader and Associates in Cleveland. So, if you’ve sold equipment or payroll services, you’re a great candidate for this job.

The catch is that you can’t be at all queasy about the sight of blood, because medical-device salespeople have to demonstrate their products and often work right alongside surgeons in the operating room. Expect to do lots of cold-calling in the beginning and relationship-building with doctors throughout your career.

Any task a corporation can outsource is a chance for a salesperson to earn a hefty commission. Call centers were among the first outsourced tasks, but there’s also plant maintenance, office administration, human resources, payroll and legal compliance.

This is one sales job you can walk into mid-career, because companies actively look for salespeople that come out of the sector they’re selling into, Gaffney says. “You know where strengths and weaknesses are and where companies are vulnerable in what they’re doing,” he says. Keep in mind that selling may require a completely different skill set than the one that made you successful in your field. For instance, running a call center and selling call-center services are two completely different jobs.

To start as a junior salesperson, you’ll need a college degree and demonstrated aggressiveness, such as having played a varsity sport. An IT or marketing major will also help land this position.

If you work in the industry using a software product, you may also be able to move over to sales mid-career, because you know the industry players, as well as the application’s technical and functional specifics. “You’ll still have to have an aggressive personality if you want them to take a look at you,” Gaffney says.

If you like risks, consider putting your MBA to work as a business development director selling a startup. You’ll need top-notch negotiation skills and the ability to interpret technical information for a nontechnical audience. The salary typically comes with stock options you cash in when the company succeeds. “A lot of startups don’t make it past the three- to five-year mark,” Sekandi says. “If your gamble pays off, you’ll be a millionaire. If it doesn’t, you’ll be looking for another job.”

Selling telecommunications products such as network or security services to large corporations is a high-paying sales job you can work your way up to. Start by selling cable services to businesses. “Then, if you’re aggressive and polished-looking, you can move across into network or security services by networking with the right people,” Gaffney says. Look to make those connections with national account organization sales managers.

Sell your skills to the highest bidder

If you want a high-paying job in sales, be prepared for some healthy competition. Want to know how to stay ahead of the crowd? Join Monster today. As a member, you can upload up to five versions of your resume and cover letter—each tailored to the types of sales jobs that interest you. Recruiters search Monster every day looking to fill top sales positions with highly talented candidates, just like you. Additionally, you can get job alerts sent directly to your inbox so you can spend less time combing through ads and more time emailing your resume to hiring managers. The sooner you start, the sooner you can close the deal on a great new job.