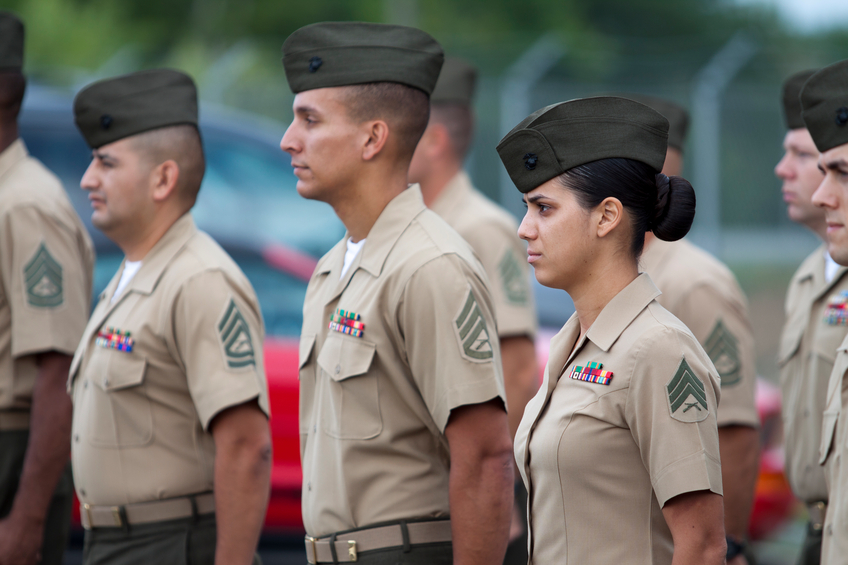 When is a job title more than a job title? That’s a question the United States Marine Corps has been mulling lately, as it modifies a wide range of military occupational specialties (or MOPs) to be gender neutral. And while the news hasn’t been met warmly in all corners, it reflects the military’s recent effort to court more female registrants.

"As we achieve full integration of the force ... this is an opportunity to update the position titles and descriptions themselves to demonstrate through this language that women are included in these MOPs,” U.S. Navy Secretary Ray Mabus wrote in a military order, according to the Marine Corps Times.

Nevertheless, titles like “rifleman” and “mortarman”—titles Mabus says are deeply rooted in Marine Corps history—will get a pass. So will job titles like “marksmanship instructor,” where removing “man” would most likely be confusing rather than more equitable.

The changes follow on the heels of an announcement that all combat jobs would now be open to female members of the military. “[Women] will be allowed to drive tanks, fire mortars and lead infantry soldiers into combat,” U.S. Defense Secretary Ash Carter told the Huffington Post. “They’ll be able to serve as Army Rangers and Green Berets, Navy SEALs, Marine Corps infantry, Air Force parajumpers and everything else that was previously open only to men.”

Of course, not everyone has taken kindly to the new changes. Numerous cries of political correctness have been levied against the Marine Corps in the wake of the renamed job titles, the Washington Post reported. But with plenty of new opportunities now open to the hundreds of women in the Marine Corps, the changes seem driven less by so-called PC-ness than pure utility.

At any rate, the news should be an encouraging sign to women interested in a career in the armed services. And if that describes you, why not check out the military jobs available from our partners at Military.com?

See below for the full list of Marine Corps job title changes:

If you're a veteran interested in a career as a civilian, check out Military.com's military skills translator and find that next job today.