What to do if your interviewer is much younger than you

If you want the job, you’ll have to leave ageism at the door. 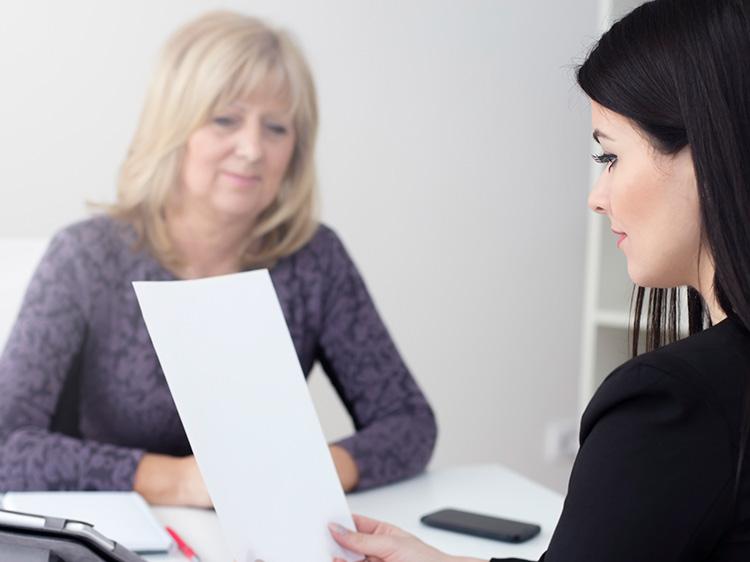 You found your dream job on Monster, and now you’ve got an interview. But while you were researching the company, you discovered that your interviewer graduated from college a decade or more after you did.

If you weren’t nervous before, we’re guessing a little apprehension has set in.

On one hand, you’re in a position to come off as seasoned and accomplished. But seeming out-of-touch or—worse—like an older know-it-all—won’t do you any favors, says Steven J. Lindner, Ph.D., an executive partner at The Workplace Group in New Jersey.

Leave your ageist hat at home

“This boss who's interviewing you could be the age of your younger relatives—or even your kids—but that doesn't mean you can talk to them like they're kids,” says Lynne Lancaster, a California-based generational expert and author of The M Factor: How the Millennial Generation is Rocking the Workplace.

Fight the urge to comment on how they have such a big job for someone so young. “You may think it sounds flattering, but it can come off like, ‘It's a wonder anyone so young could do something so big,’” Lancaster says.

Bringing up the elephant in the room could lead to some awkwardness, so just don’t do it. Instead, focus on dispelling any hesitations your interviewer might have over the age difference.

“They might be afraid you will be low energy, set in your ways, living in the past, not up to speed on the current technology, and not a fit for their younger culture,” says Bill Cole, an interview coach based in California.

Address each of these points during the interview to put their concerns to rest, by showing your enthusiasm for the position and demonstrating that you’re up to speed on what’s happening in the industry by referencing thought leaders you follow via email or on social media.

Focus on your most recent experiences

Your resume may list every job you’ve held since graduating from college a decade ago—or longer. You should be proud of every stint, but even if they’re very impressive, a young hiring manager isn’t going to care about things that happened before he or she was born.

A better approach: Speak to the experiences you’ve had in the last seven to 10 years that are relevant to the role you’re interviewing for, Lindner says. “People are interested in how have you done it today, how will you do it tomorrow,” he says.

This will also help you come off as well qualified but not over-qualified, which will minimize any concerns that the employer can’t afford you, Lindner says.

Ask questions and really listen to the answers

As a seasoned interviewee, you know to come prepared with smart questions when your interviewer inevitably asks “Do you have any questions for me?” Make a note next to your list of questions to really pay attention to what he or she has to say.

“A common fear of a younger boss is that older employees are going to push them to do it their way,” Lancaster says. “Younger bosses really want to know that you are going to hear what their vision is and that you're going to help them carry that out.”

Brush up on necessary skills

If you could use a primer on Slack or Google Drive, now’s the time to make it a priority. Otherwise, you risk falling behind the tech-savvy applicants you’re up against.

It’s not likely you’ll be asked to prove your proficiency during the interview, but dropping references to programs that are second nature to the interviewer shows you’ve stayed current, Lindner says.

Plus, it’ll shoot down any concerns that you’ll be knocking on the boss’s door every day asking for tech help.

Say you’ve been with the same company for 20 years. You might think that’s a pro—hello, loyalty!—whereas your interviewer might view it as a con. “This makes them think you aren't nimble and change-capable,” Cole says.

Make it a point during the interview to highlight how flexible and innovative you are. Boast about your collaboration skills, too. “You want to communicate a dynamic that, ‘I’m comfortable taking direction, I’m comfortable collaborating with you,’” Lindner says.

You were brought in to interview for a reason, so be sure to showcase what you have that junior staffers don’t, whether that be managing large teams, making big marketing decisions, or allocating budget.

“That’s where that wisdom factor comes into play,” Lindner says.