When it comes to job searching, a little stealth can go a long way. 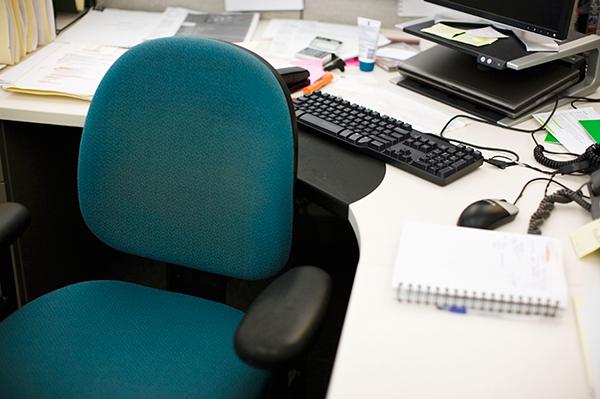 You’re on a top-secret mission: Get to a job interview without your current employer finding out.

Whether you’re just seeing what else is out there, or actively working to leave your current role ASAP, you definitely don’t want your boss to know.

“This is a great concern for virtually all of my clients who are employed and fearful that their job search efforts will be ‘outed,’” says Roy Cohen, a New York City-based career coach and author of “The Wall Street Professional’s Survival Guide.”

Follow a few do’s and don’ts to help you accomplish your mission without being detected first.

Do: Dress to impress, Superman-style

That is, in a phone booth—if you can still find one.

Brian Sheridan, 39, development director at the Los Angeles-based Coalition for Clean Air, notes that it was his outfit that outed him during his last job search a few years ago: “A bunch of coworkers figured out that I was interviewing because it was 100 degrees and I was wearing a suit when I never wore a suit.”

So he offers others this hard-won advice: If you don’t normally wear a suit, but need to for the interview, leave it in your car and change elsewhere,

Change in a bathroom or at the gym to avoid tipping anyone off. Women who dress business casual for work and want to step it up for an interview can hide a jacket, nicer shoes or jewelry in their gym bags.

Do: Work it in around your work

“I tell my clients never to ‘sneak out,’” says Sharon-Frances Moore, president of the New York-based etiquette and corporate conduct coaching business, Shances.  “Sneaking causes anxiety, which may then transfer over to the interview.”

Your first step should be to try to schedule the interview before work, in the evening or over lunch—or use paid time off. This is the safest and easiest way to interview with a new employer without having to sneak around or lie,  says Moore.

If you have no time off left or those options aren’t possible for some reason, you could simply disappear for a short time, suggests Cohen. But that’s assuming your boss doesn’t micromanage you or sit too close to your desk, or that your company has a loose approach to hours you put in.

Lying can’t always be avoided, but it should definitely be the option of last resort. Rather than getting caught in the web of a specific fib use vague explanations such as, “I have to run out for an appointment”—which is the truth.

Don’t: Leave without a trace

Even if your boss knows you’re heading out for your “appointment,” you never know when your boss’s boss or a colleague will swing by your desk looking for you. If your office doesn’t have a way to convey your status—such as an “away” message on your IM—you’ll want to evidence to make it look like you haven’t gone far.

“Leave your office so that it looks like you are there or intend to return momentarily,” Cohen says. “Leave your unfinished coffee, a jacket or sweater resting on the back of your chair, a messy desk and your devices open.”

But this, Cohen adds, is the best trick of them all: Leave a half-eaten sandwich on your desk in plain view.

Do: Have an iron-clad alibi

So you’ve navigated through these first two steps, but you still have one more hurdle to overcome: Your co-worker asks you where you’re going or where you were. Ack!

Ben Ludger, New York-based founder of the online work-life balance community SecretSlacker.com, suggests using the fake excuse of a dental or eye exam. Since everyone should have regular dental and eye check-ups, you don’t need to fake an illness as you might for a doctor’s appointment. Bonus: “Dental and eye check-ups often require follow-up appointments, for cavity fills or contact lens fittings, which you can use for future interview rounds,” he notes.

Don’t make up stories that might cause your boss and colleagues undue concern. A sick grandmother, a death in the family or a serious medical condition could lead to follow-up questions weeks later. “Your co-workers may genuinely empathize with you and feel bad,” Ludger says. “It may cause lasting damage to the relationship if they later find out it was all a lie.”

And lying can get you into trouble in other ways.  Cohen says he had a client who was going on a second round interview and told her boss she was leaving the office to buy a gift for a coworker who was about to have a baby. “In fact, she had already bought the gift, one that was relatively inexpensive,” he notes. “Her boss reached into his pocket to retrieve a 20 dollar bill and handed it to her. He wanted to be included in the gift.” Awww-kward.