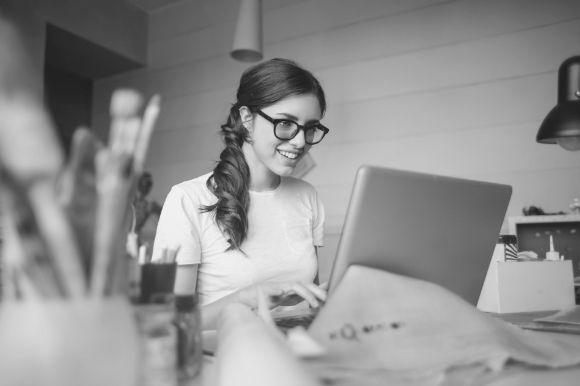 Here's how to develop strong answers to interview questions.

From mobile apps to operating systems, software is the lifeblood of our digitally driven world. And it takes creative and analytical software developers to think up new ideas, create frameworks, and perfect the functionality of the mobile and desktop applications businesses and consumers rely on each day. There’s a high demand for software developers, with a 22% increase in software developer jobs projected over the next decade.

Gaining the credentials needed to become a software developer is only half the battle when you’re applying to a job. You also need to be able to give cogent and thoughtful answers to a variety of software developer interview questions and build a solid rapport with a hiring manager.

To help you out, we’ve compiled a list of sample software developer interview questions and answers that you can use to develop your own responses so you’re never caught off-guard during an interview .

Question #1: Why Did You Choose a Career in Software Development?

This may be one of the most general software developer interview questions, but employers use it to gauge your passion for the job. Discussing why you chose a certain career may seem easy, but what you say will have an impact on your interview performance.

This question gives you an opportunity to:

“I’ve always had a knack for solving problems and I feel that software does just that. I chose a career in software development because I find satisfaction in helping consumers, companies, and organizations find the solutions they need—from creating spreadsheets to designing skyscrapers. Additionally, I have experience with a variety of programming languages and enjoy working with them. For example, while I was in college, I helped a relative build a business website and web app. I also built human resources software at my prior job.”

Question #2: What Programming Languages Are You Proficient In?

Here’s what to include when answering:

“I first learned how to use JavaScript, CSS, and HTML in college. Those were the languages I used the most when I helped a relative build a business site and web app. But as part of that project, I started learning how to use Python and PHP. In addition, I used C++ and Java to create HR software at my previous job. I found the C++ language to be the most flexible. In fact, it was the primary building block for the HR software I helped develop.”

Question #3: Can You Describe the Steps Involved in Software Development?

Software development questions about process help the interviewer get a sense of your working style. Remember to be detailed when describing the steps you take to complete a project.

Here are some factors to consider:

“Initial planning and brainstorming is the first step in software development. During this stage, I determine the purpose and functionality of a program. The next step involves team analysis of the project, including the time frame and which tools and team members are needed. Then comes the design stage, where a program is designed by a team of software engineers before moving on to the development stage. Once in development, I step in to transform the design into functional software. It’s then shipped off to quality assurance to identify any defects or bugs. Lastly, the software is officially installed and launched.”

Question #4: Tell Me About a Software Development Project You Completed Successfully.

Interview questions for experienced software developers will delve more deeply into projects you've successfully completed to give you the chance to explain your process in detail.

Be sure to describe the following when answering software developer interview questions like this:

“At my last job, where I worked for a software development firm, we developed HR software for a variety of companies. The biggest project I took part in was for a financial institution. The company’s original HR system was outdated and time consuming. We developed a new system where they could handle payroll, time tracking, attendance, training, and hiring in the same place. My primary role was coding, and I mostly worked with C++, Java, and Python. But I also took part in QA and testing. The final product helped the company streamline its HR processes and save time and money in the long run.”

Question #5: How Do You Ensure Quality and Fix Errors?

Make sure you cover the following when answering:

“I usually launch code-based testing to identify and diagnose potential errors. When I helped test the HR software, I asked another member of the team peer review my code. They found one logical error that resulted in incorrect output. Once the coding error was corrected, I used Dynamic Testing to evaluate the software for functionality. By then, it appeared to work as projected.”

Question #6: Can You Differentiate Between Functional and Object-Oriented Programming?

Both functional and object-oriented programming are commonly used in software development. But they have key differences and purposes that are critical for candidates to know and be able to articulate.

Include the following when answering more advanced software development interview questions like this:

Develop Your Career With Monster

Now that you know how you’d answer common software developer interview questions, let’s shift gears to focus on your job search. Take a minute to create your Monster profile to search for software developer jobs that interest you. You can also set your profile to be visible to recruiters and employers at top companies, so they can reach out to you with exciting new opportunities that will help you to develop your career.