What can I do about workplace bullying?

How to stand your ground against a bully in the workplace, be they an abusive boss, co-worker, or subordinate. 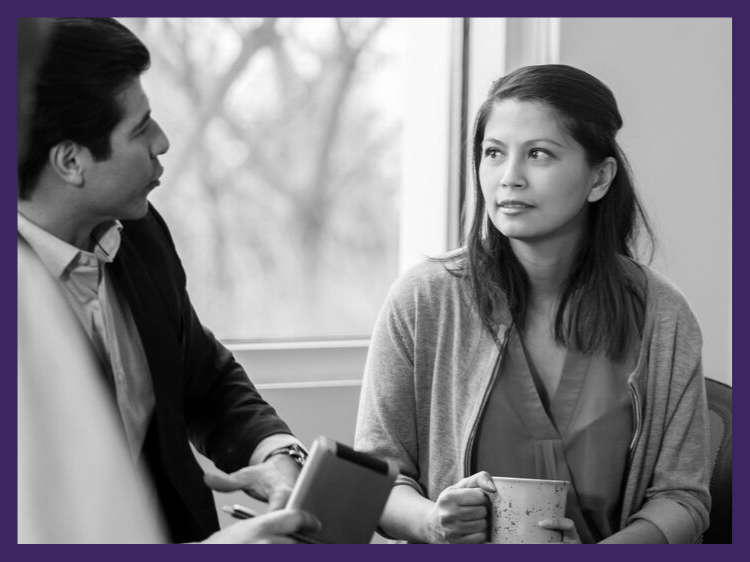 Don't let workplace bullying get the better of you.

Bullying doesn’t just happen on the playground. Roughly 90% of Monster poll respondents say they have directly experienced workplace bullying. Quitting may also be the right move for your health, since research shows repeated bullying can trigger physical and mental health problems such as high blood pressure, difficulty sleeping, anxiety, and depression.

“At its core, bullying is about power,” says Tara Fishler, a conflict-resolution specialist. “When someone feels threatened or powerless, they try to exert power over other people through bullying.”

The Workplace Bullying Institute defines bullying as “repeated mistreatment of an employee by one or more employees; abusive conduct that is: threatening, humiliating, or intimidating; work sabotage; or verbal abuse.”

Some experts say it goes further than that. “Workplace bullying is psychological violence,” says Lynne Curry, author of Beating the Workplace Bully: A Tactical Guide to Taking Charge. “A bully is someone who repeatedly and intentionally goes after a target.”

Being a victim of workplace bullying can have devastating effects on your career. Approximately 65% of bullied targets lose their job, either because they voluntarily leave to escape more mistreatment, quit when conditions become worse, or are terminated by their employer, a Workplace Bullying Institute survey found.

Who are typical workplace bullies?

The Monster poll found that 51% of respondents were bullied by their boss or manager, whereas 39% were bullied by co-workers, and a surprising 4% said the perpetrator was someone other than a co-worker, such as a client or customer.

Also, despite common misconception, there is same-sex bullying in the workplace: Male perpetrators prefer targeting women (65%), but many target other men (35%); conversely, 33% of female bullies target other women, according to the Workplace Bullying Institute

What to do if you’re being bullied

Sure, it would be great if someone else stepped in and put a stop to the bullying, but unfortunately, this may fall on your shoulders.

Your strategy will depend on who is bullying you, says Gary Namie, director of the Workplace Bullying Institute and co-author of The Bully-Free Workplace: Stop Jerks, Weasels, and Snakes From Killing Your Organization.

If a peer or subordinate is bullying you, turn the tables by deflecting the person’s attacks. To achieve this, Curry says you should have nonchalant responses ready to use the next time the person says something negative to you (e.g., “Give it a rest,” “Nice try, but I’m not biting”).

But if the bullying continues, compile evidence that you can present to your manager. “Document everything,” Fishler says. “Dates, times, and places the bullying happens.”

You’ll have to take a delicate approach if your boss is the bully. “You can’t stand your ground as readily, since there’s a power dynamic,” Namie says.

First know that there’s strength in numbers. “You need to break the silence with co-workers,” Namie says. “Chances are you’re not the only person [being bullied], and you can use your collective power to mobilize as a group.”

Together, you can build a case that highlights why your boss’ bullying is hurting the company’s bottom line—“turnover, absenteeism, and lower productivity,” Namie says—and present your case to a senior manager.

Know when to escalate matters. “In general, an employee should consider approaching HR when they have either tried, unsuccessfully, to address the situation with their supervisor, or feel unable to do so,” says Fishler. So if your bully’s rank is high above your own, or you fear your bully could retaliate against you for standing up for yourself, you may want to reach out to HR. Again, have clear documentation of incidents, including dates, times, and places.

If you can’t get the workplace bullying to stop, there’s no shame in resigning from your company. Leaving a job and embarking on a job search might initially add to your anxiety, but it doesn't have to. Need some help? Join Monster for free today. As a member, you can upload up to five versions of your cover letter and resume—each tailored to different types of jobs that interest you. Recruiters search Monster every day looking to fill top jobs with qualified candidates, just like you. Additionally, you can get job alerts sent to your inbox the moment new positions become available. Don't wait—there are plenty of employers who will ensure that you’re treated with the respect you deserve.