A Criminal Record May Not Be an Obstacle to Employment

Managers and HR professionals are increasingly open to hiring people with criminal records. 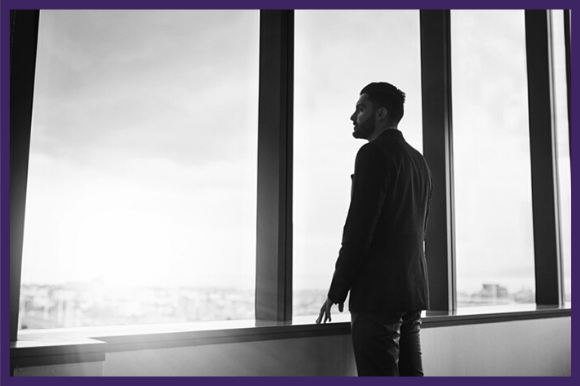 The Fair Chance Business Pledge can help you get hired.

There's no such thing as jobs for felons, only jobs for people. But people who have criminal records get a raw deal when it comes to employment. Despite the fact that approximately one-third of American adults, about 75 million people, have a criminal record, it can present a difficult barrier to overcome in a job search. But there's a growing push to provide jobs for someone with a criminal record when they reenter society.

Beginning July 1, 2020, California enacted a major licensing reform to make it easier for 8 million residents with criminal records to obtain professional licenses from any of 37 licensing agencies within the Department of Consumer Affairs (DCA).

Furthermore, a study by the Society for Human Resource Management and the Charles Koch Institute found that the attitude of hiring workers with criminal records may be changing.

According to the study, more than 80% of managers and two-thirds of HR professionals felt that workers with criminal records bring just as much (or greater) value to an organization as workers without records; furthermore, a majority of all workers said they would be willing to work with people who have criminal records (30% to 40% of respondents said they were neither willing nor unwilling).

So what is the one thing that would determine whether or not a worker with a record is hirable? According to nearly half of managers and HR professionals, the answer is a demonstrated consistent work history; in fact, 66% of HR professionals said they have already hired workers with criminal records. The three leading reasons for hiring workers with criminal records are as follows:

The study results echo a 2016 White House initiative aimed to give ex-felons a fairer shake in the job market—a slew of major corporations got on board. Called the Fair Chance Business Pledge, the initiative counts Facebook, Starbucks, American Airlines, and many others among its signees that look to provide jobs for felons when they reenter society.

banning the box"mdash;specifically referring to the check box on job applications that asks whether the applicant has been convicted of a felony—and agreed to hold any questions about an applicant’s criminal record until they were further along in the hiring process.

This may seem like a small change, but it can have a significant effect on how a candidate is perceived—and signees hope it will help employers see a criminal record in the full context of one’s personal background and experience as a worker.

Here’s a list of major companies and higher education institutions that have signed the Fair Chance Business Pledge and are hiring on Monster:

Check out the full list of businesses that have signed the Fair Chance Business Pledge.

You Are Not Your Criminal Record

While jobs for felons is a misnomer, we understand that it can be intimidating to re-enter the workforce—especially when you have a less-than-perfect record. But if you can take it one step at a time, you'll have an easier time of getting to where you want to go. Could you use some help with that? Check out the Monster app. When you see a job you want to know more about, just swipe right. We know the job search isn't easy, but this is a quick and easy way you can build up your confidence.