Lessons on Success: 3 Reasons Why Failing is Good 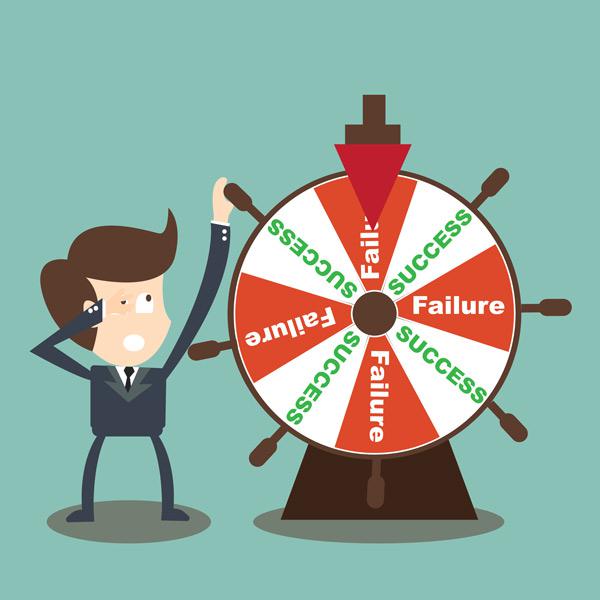 Success is good but failure is better.

You must not let successes get to your head but also must not let failure consume your heart. Know that, sometimes, actually most times, things don’t go as planned and that is perfectly fine.

For many young people, it's easy to simply give up when things don't work out. But if there is one thing you shouldn’t do it is just that: Do NOT give up ...because the reality is you're going to fail...a lot.

But failure doesn’t mean your idea wasn’t valid or that your dream isn’t good enough. Failure simply means there is something to be learned or another direction to be taken.

Here's why failure is GOOD:

However, this time around it’ll be a lot easier to attain what you were aiming for. Having failed abundantly, there is one thing I’ve learned: Failure only makes your next shot quicker, easier and surer.

Take these failures you will face with grace because you'll learn more in a single failure than in a lifetime of success. There are lessons in all our faults that are attempting to take us to our ultimate vision. Get the idea going and trust the process.

It won't be perfect but getting it out slowly will help begin the cultivation process. Start by writing your thoughts and ideas. Talk them out with friends and do one thing a day that will help your overall vision. It won't be perfect, but if you're persistent, the easier it will be to deal with failures along the way.

Each failure is simply feedback of how to perfect your craft. Know that nothing works unless you do and know that what you envisioned will not happen exactly how you thought it would, but that is what makes the distance between where we are and where we want to go so exciting.

So fail and fail often.

Failure won't kill you but your fear to fail just may keep you from success.

Monster Wants to Know: How has fear or failure driven your success? Share with us in the comment section.