Is Working Temporarily on a Permanent Basis for You?

Since the Great Recession, more Americans are choosing to live the "Gig Economy" lifestyle, working job to job rather than applying for permanent employment. 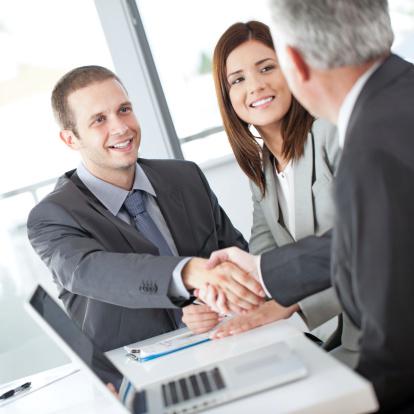 Could you be comfortable working contract to contract, rather than accepting a full-time permanent gig?

For decades it was believed in order to make a decent living a full-time permanent job was mandatory.

Not only would you earn a respectable wage, but your employer would also offer health insurance benefits to which you wouldn't normally have access.

But over the past few years, more and more people are ditching that old belief and have embraced what has been coined the "Gig Economy," where people willingly go from one contract job to another. They embrace the freedom of not being shackled to just one job at one employer, being able to take time off for whatever length they want once that "gig" is over.

"I work as a freelance writer and I've made a conscious choice to continue  working gig-to-gig in spite of multiple opportunities for full-time work," said Stefanie O'Connell. "I've worked in theater for most of my professional career, which is the  ultimate gig-to-gig job. I think that contributes to my comfort in giving  up the perks of stability, employer sponsored healthcare, etc.   But even since transitioning to writing, I stay gig-to-gig because it  allows me the opportunity to grow my work and my business on my own terms.  I know that taking on a full-time opportunity would severely limit the  ventures I can make time to pursue on my own — like the book I just released  in January and the speaking engagements I have coming up. The prospect of  giving up those opportunities is scarier to me than the prospect of  instability ... at least for now."

And thanks to ObamaCare, there is no need to worry about obtaining health insurance.

"Prior to (the Affordable Care Act) I used several citywide programs/clinics for cursory healthcare," O'Connell said. "For the most part I relied on Planned Parenthood, which gave me free annual exams each year based on my income."

But some still find some issue not having company-offered insurance.

"One of the biggest challenges has been healthcare as I move from state to state for my job," said Sarah Ragsdale, a pianist/singer whose stage name is Zahra Universe. "Keeping coverage in my home state, I do not get coverage on doctors visits in another state as they are out of network, unless it is an emergency. It is too difficult and time consuming to change home state coverage as I often move somewhere else before the process is completed. At one point I even had my coverage cancelled because the U.S. Postal service notified my state that I had another mailing address. I am still trying to navigate this situation, but my wish is that better multi state or national healthcare plans are offered for those of us who stay on the move."

According to the Bureau of Labor Statistics, contingent workers, or contract workers, made up over 11 percent of the work force in 2005. Some performed low-wage work in agriculture, construction, manufacturing, retail trade, and services, while others received higher wages working as financial analysts, lawyers, accountants, and physicians.

The number of jobs in the temporary help industry grew sharply for much of the 1980s and 1990s. The industry accounted for less than 3 percent of total nonfarm employment.

But according to one hiring professional, the recession from the past decade helped shift the numbers in the opposite direction.

"The economy is impacting usage of independent contractors for similar reasons," said John Piazza, senior vice president, payroll and independent contractor solutions for Georgia-based Randstad Sourceright. "Companies are finding ways of using skill sets for projects. They've slimmed down the company due to the economy. Now, they bring someone in to the project, limit the risk to six months, get him in, get the job done, and get him out."

During the 1990–2008 period, employment in temporary help grew from 1.1 million to 2.3 million and came to include a larger share of workers than before in higher skill occupations; employment in this industry has been very volatile because temporary workers are easily hired when demand increases and laid off when it decreases.

"Companies now will 'try before you buy,'" Piazza said. "It's a promise. If it works out, you have regular full-time position. There's an ease of hire, and an ease of release without HR requirements."

But for more and more people these days, the promise of a full-time gig isn't the hook for them.

"The digital landscape is too unstable to keep a regular 9-5 (job)," said Alisha Miranda, a freelance worker for the past five years. "I was  just laid off in December from a full-time marketing job, and now I am back to  contract work. I find that this is allowing me to explore various roles I'm  interested in and the flexibility with my schedule that a 9-5 doesn't. I'm  always eager to land the next gig in hopes that it's something bigger and  better."

"In the beginning, it was awful," said Dan Nainan, a former software engineer who now performs stand-up comedy gigs. "I was making no money and had no health insurance. Now I have no worries about health insurance and my gigs pay up to $20,000 for corporate events. I perform all over the states , as well as in many foreign countries. My life is like that of George  Clooney in 'Up in the Air.'"

Despite a steep dip in temporary employment prior to 2010, the industry has remained an important indicator of the overall economy, according to the BLS.

"Employers rely on temporary workers to achieve greater workforce flexibility. During economic expansions, temp workers are among the first to be hired, and during times of recession, temporary workers are laid off in disproportionate numbers," the BLS reports. "Hence, temporary help services has grown in importance not only with respect to the industries and occupations associated with it and the areas where it is found, but also because of its function as a macroeconomic buffer during periods of economic volatility."

Piazza said he believes more people like Ragsdale, Miranda and Nainan will embrace the "gig" option over the next decade.

"You can see why this is trending. When you look at the hard numbers ... I’ve seen numbers around 17-19 million people who considered independent contractor or freelancer work," he said. "Everyone is seeing that is where the talent is heading. Their own customers are engaging in it. Think about the political landscape, regardless of who gets into office. I think there is nothing on the horizon that will prevent it to continue to grow the way it has the last five years."