This is the next big thing in health care

If you work in the field or want to, you’d better learn a little bit about “population health.” 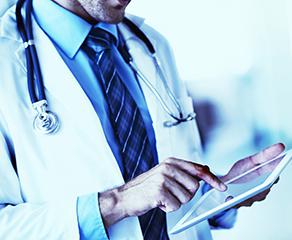 As the focus in health care shifts from volume to value as a result of the Affordable Care Act, new career opportunities keep popping up in this sector.

One example is population health. This burgeoning field looks after the health of communities or populations, as opposed to direct patient care in a hands-on capacity.

Under the ACA, hospitals must manage health in their communities. So now, says John Clymer, executive director of the National Forum for Heart Disease and Stroke Prevention, “hospitals have more accountability beyond just providing quality while patients are in acute care.”

Outcome measures will be attached to payment, as the healthcare system ultimately “transforms,” explains Clymer. In this case, transformation definitely equals jobs.

A 2003 article in The American Journal of Public Health defined population health as, “the health outcomes of a group of individuals, including the distribution of such outcomes within the group.”

Wait, you say, isn’t that that public health? Nope, there’s a difference.

So population health “encompasses public health, but it is more than just public health,” says Clymer, who is also an adjunct assistant professor at Loma Linda University School of Public Health.

What kind of jobs fit under population health

Population health is a broad-ranging field that includes all of the following occupations:

Some of these positions are in particularly high demand.

For example, David Nash, M.D., and dean at the Jefferson School of Population Health in Philadelphia, Pa says that almost every week someone asks him to help him find a chief population health officer. “Our school has become a focus for those seeking these kinds of leaders,” he notes.

As Becker’s Hospital Review wrote in 2014, “Organizations are looking for someone to help lead the charge and determine what it looks like to truly manage the health of a population in their markets, which the CPHO is poised to do.” An M.D. or D.O. is usually a prerequisite, as well as public health experience, membership in a large physician group, experience with team-based care, and other advanced degrees.

Bill Russell, senior vice president and chief information officer of St. Joseph Health in California and Texas, talks about the importance of data analytics and data scientists and engineers—positions not traditionally a part of healthcare. “Using predictive models, they help us ask the right questions about trends in population health. We need data we can turn into information and take action. We also need to move data around in a secure fashion, for example, to another hospital.”

Expertise will also be needed around digital channels and UX (or user experience), he says. That’s because technology will alter the healthcare landscape in ways that gather or send information, he says. “Its use will increase around our critical populations with acute situations, such as congestive heart failure.” For example, those patients will be sent home with prescribed technology that communicates data back to a help desk, says Russell.

Who will be hiring for population health jobs

Since hospitals are going to get paid based upon outcomes, you can expect to find jobs in those institutions, says Barbara Duerst, associate program director at the University of Wisconsin-Madison School of Medicine and Public Health, which offers an MS degree program in population health.

“Federal, state and local public health agencies feel an increasing need to reverse growing chronic disease epidemics, and to prevent and protect people from infectious diseases—and potentially, even biological weapons,” Clymer says. “Population health is about things that can be done in everyday life that have a very important bearing on people’s health.”

At the same time, outsourcing governmental services is becoming a general trend, he says. “Most states and some cities have nonprofit public health institutes doing work formerly done by government agencies,” Clymer says. “That work includes operating health programs, along with grant-making and grants management and policy research. Public institutes are facile and can move faster, partner and collaborate with less red tape and fewer bureaucratic obstacles.”

What you need to succeed in this field

To work in population health, it helps to understand both how health systems work and what determines outcomes of populations, says Duerst.

“Population health deals more with things we don’t necessarily associate with public health, which might be focused on keeping the local water supply safe,” she says. “Now we talk about behaviors, socioeconomic factors, demographics and the economics of all of it.”

A background in behavioral economics, public policy, sociology or psychology would also make you ideally suited for this new career genre, Nash says. “You can influence people’s behaviors with regard to obesity, exercise, nutrition and wellness in general.”