Are your career aspirations as grand as a Manhattan skyscraper? These are the jobs in NYC that can help you take a bite out of the Big Apple. 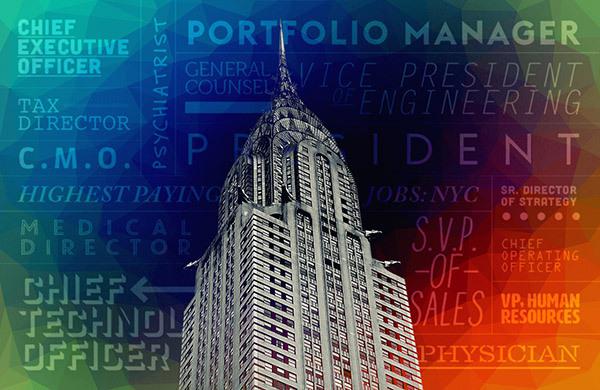 Ever wonder what kind of job would get you a New York City brownstone, a closet full of designer clothes from Fifth Avenue, rides through the city in Town Cars, dinners at the most exclusive restaurants, and all of the other luxuries that come from living a life as part of the big apple's elite? The answer is the kind of job that pays you a really high salary. The Bureau of Labor Statistics identified the highest-paying jobs in NYC—the majority of which are found in the C-suite and the health care sector.

Of course, you have to take into consideration the high cost of living in New York—68% higher than the national average, according to financial technology company SmartAsset—but as they say: If you can make it here, you can make it anywhere.

Check out the full list of the highest-paying jobs in NYC below so you can set your goals on earning a paycheck as big as a Manhattan skyscraper.

Get hired in the empire state

Whether you're looking to nab one of the highest-paying jobs in NYC or you're just looking for a decent, good-paying job, we have you covered. Ready to take the first step? Join Monster for free today. As a member, you can upload up to five versions of your resume—each tailored to the types of jobs that interest you. Recruiters in New York City search Monster every day looking to fill top jobs with qualified candidates, just like you. Additionally, you can get job alerts sent directly to your inbox to cut down on time spent looking through ads.