10 questions to create your career vision

Do you find it difficult to see where you'll be in the coming years? Build a vision for the life you desire by asking yourself these questions. 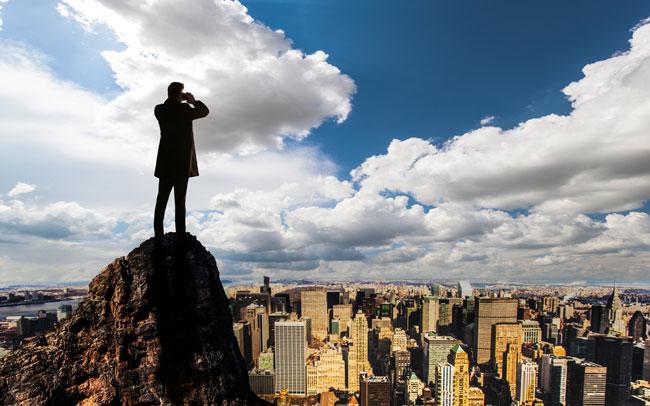 Have the last few years been cruel or kind to you, professionally speaking? Even if your career didn't take a hit, the recent economic tumult may have you quaking in your boots over the future.

"Your career is long," says career coach Deborah Brown-Volkman. "Some people work for 40, 50 or 60 years. Don't get stuck in the here and now when what is happening at this moment is just a small span in a long career. Instead, create a vision to help you move forward."

Claim what you want

Deciding what you want to do doesn't happen overnight, but the process can be simple, says Brown-Volkman. "All of life's journeys begin with the phrase, 'I want,'" she says. "It's a very powerful phrase, and without it, it's hard to go very far." Brown-Volkman likens your professional journey to a trip, revealing that if you didn't decide where you wanted to go on vacation, you'd likely wind up at a destination you don't enjoy.

Or what you don't want

It's hard to say what you want when you're not sure of it. "The reason certain people can't answer that question is that it's too overwhelming," Brown-Volkman says. "But most folks can say what they don't want. They can say, 'I don't want to work for a large company,' or 'I don't want a lengthy commute.' The flip side of what you don't want is what you do want."

If creating a vision is so simple, why don't more people do it? "People are lost and afraid now, and they're scared to say what they want because they're afraid of not getting it," Brown-Volkman says. "When it comes to vision, sometimes people won't even say what they want unless they know they will get there or how to get there. But you have to create what you want first and then live into it. It's like a declaration. It takes courage—and a bit of faith."

Are you ready to build a vision for your desired professional destination? Begin by getting it down on paper. "I believe if you write down your vision and look at it on a daily basis, it's more likely it will happen," Brown-Volkman says. "Either consciously or subconsciously, you'll take steps to make it a reality." Start with the following 10 questions:

1.  If anything were possible, what would I want to be different in my career?

3.  What would I want to be responsible for?

4.  What type of boss/coworkers/team would I want?

5.  What kind of hours would I want to work?

6.  What type of company would I want work for?

7.  What sort of culture would I want the company have?

9.  What salary would I want to earn?

10. What would I want my approach to stress, my workload and deadlines be?

Get in the game

Once you have a vision, start exploring new positions that would offer some, if not all, aspects of it. You may have to switch industries or change careers, but you'll lead a more fulfilling professional life.

"Everybody needs a game to play," Brown-Volkman says. "If you don't have a game, you get stuck in the day to day. The only way out is to say, 'This is what I want next.'"