How to pivot into a new career 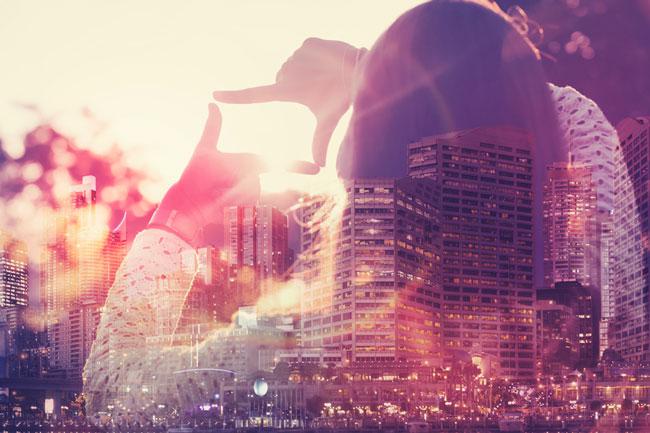 Not really feeling your current job? Did you not really feel your last one, either? Are you getting tired of asking yourself, “What’s next?” every few years?

Jenny Blake wants to help you find a lasting answer. Unsatisfied in her career, she left a plumb job at Google in 2011 to write a book and launch her own consulting business.

By choosing to embrace change instead of staying stagnant in her career, Blake was inspired her to write her latest book, Pivot: The Only Move That Matters Is Your Next One.

Blake defines a career pivot as “doubling down on what is working to make a purposeful shift in a new, related direction.” Pivoting, in this sense, is “an intentional, methodical process for nimbly navigating career changes.”

Monster recently spoke with Blake about how everyone—regardless of age, career stage or bank account balance—can use her pivot method to get unstuck from a career plateau and get better at adapting to change.

Q. Your website states that the average employee tenure in America is just four to five years, and even those roles tend to change dramatically within that time. With all that change in mind, what can the everyday employee do to increase their chances of having a fulfilling, successful career?

A. The crux of the book is centered around a four-stage process [plant, scan, pilot and launch] called “the pivot method.” The one thing that anyone can do, whether they’re self-employed or working for someone else at a company, is look at what’s really working [for you], look at your strengths, what you most enjoy, what you’re interested in, what skills you would be really excited to learn in the coming years. That’s what I call the “plant” stage.

Set a vision for one year from now. I think the question, “Where do you see yourself in five years?” is totally obsolete because none of us can really know. But what does success look like in your role a year from now?

Q. We should be looking to pivot every year?

A. No, this doesn’t mean that we always have to be making dramatic career pivots all the time. It’s certainly not about that. You can even pivot within your role. Pivot is more of a state-of-mind to say, “What’s working? What do I want to do next and how can I run small experiments to get there?”

That small experiment piece is a really big part of the method, as well. You can run little career pilots to test a new direction without feeling the pressure to have to move up some giant rung on the ladder in one fell swoop.

Q. What are the universal signs that tell you it’s the right time to pivot?

A. In some cases, people get pivoted. They are laid off, their company reorganizes, they move teams, they lose a big client. But if it’s a proactive pivot, there are a couple ways to know when you’re at a pivot point.

One would just be looking at what’s working and what’s next just for the sake of doing it. Like an annual exercise to say, “OK what am I most excited about in the coming years?” It’s not instigated by anything, and that’s where the pivot mindset is a regular practice.

Barring that, sometimes we hit a pivot point we don’t really see coming. All of a sudden, we feel really bored or stressed. Those are physical signs that it’s time to pivot. Sometimes when we ignore them or we don’t proactively reflect on how things are going, we hit these pivot points almost by surprise, and that’s when they feel like a crisis.

Q. Fear is obviously a major roadblock that keeps people from pivoting. How should we confront this fear so that it doesn’t stand in our way?

A. One thing is not to take that fear personally. Recognize that career changes will threaten what seems like our most fundamental needs: food, clothing, shelter. When we think about a career change, it’s scary because our livelihood is at stake.

If you have fear, that’s OK. That’s actually a sign that you’re doing something exciting and you’re making a change. Change tends to incite fear. Look to take small next steps that are within your stretch zone, not your panic zone.

In the book, I share this notion of a “risk-o-meter,” your inner risk temperature. Some people are currently in their comfort zone, everything’s fine. When you hit a plateau, you go into that stagnation zone. You’re really bored and ready for a change. The sweet spot for pivoters is in their stretch zone, where they’re feeling challenged, engaged and excited. You’ll know if you’re trying to make a move that’s too sharp, too big of a turn from where you are now, if you feel like you’re in your panic zone, which is debilitating fear that prevents you from taking action. If that’s the case, look for a smaller next step instead.

Q. OK, so let’s say all the pieces are in place, and you make that career change you’ve been planning for…and you wind up falling on your face. What is the next step?

A. Any next move is going to be informative about what works, what doesn’t work and what next experiments you want to try. As long as someone can keep that learning mindset and say, “What can I learn from this?”, you can then apply the pivot method to a “failure.” So of the failure, you can say, “Well, what did work within this? What didn’t? What would I want to do more of? How can I adjust this?”

A lot of times when I’ve seen pivots not work, it’s because the person tried to turn too sharply from their current base of strengths, interests, experience and even what they wanted. Usually a pivot that doesn’t seem to work means going back to some of those core elements.

Make a habit out of the process, in general. Every quarter, or every six months, I look at what’s working best, what I want to do next, what skills I want to develop, who I want to connect with and what small experiments I can run in my business. That’s something people can also apply within projects, so if you get stuck on a project or a creative pursuit, it’s a method to get unstuck and keep things moving.