College graduates can expect to make top dollar with these high-paying majors. 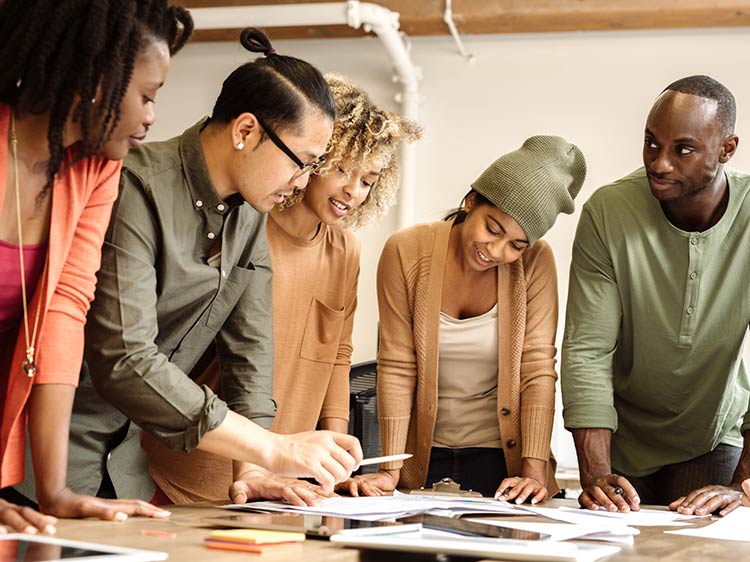 These college majors can lead the way to a sweet paycheck.

Hey college students! Starting to think about graduation already? Have you got your eyes set on landing your first job—and pulling in a sweet paycheck? How big that paycheck will be depends in large part on what you majored in to earn that bachelor’s degree.

So what are the best college majors associated with the highest paying jobs? Glad you asked. Monster pored over The National Association of Colleges and Employers (NACE) Winter 2019 Salary Survey Report, which plotted out the average starting salaries of many popular college majors, and we narrowed it down to the top eight that lead to good paying jobs. The salaries (which don’t factor in overtime, bonuses, or other benefits) were gathered after NACE surveyed its members between August and December 2018.

No surprise, STEM majors—science, technology, engineering, and math—came out on top. Read on to see which common majors can lead to high paying careers right out of the gate.

Those of you who majored in engineering are expected to start your careers with the highest salary of the bunch at $69,188—4% higher than 2018's salary projection of $66,521. And you've got a healthy job market, too. Architecture and engineering occupations are expected to grow 7% between 2016 and 2026, which is about average, according to the Bureau of Labor Statistics (BLS). The BLS notes that the most in-demand jobs for engineering majors are those involving renewable energy, oil and gas, rebuilding infrastructure, and robotics.

Close behind your engineering peers are you computer science majors, who spent your undergraduate careers learning about programming, data structures, and operating systems. The past four years are about to pay off with an average salary of $67,539 your first year out of college, a slight increase from 2018’s average starting salary of $66,005.

Earning a bachelor’s degree in the fields of math or science can set you up for a starting salary of $62,177, up from $61,867 in 2018. Math occupations, which are growing at a faster-than-average pace, include actuaries, operations research analysts, and statisticians. Science majors, on the other hand, might find jobs working as a biological technician, a chemist, or a lab assistant at a hospital or doing research for a major corporation.

Business grads can expect a starting salary of $57,657, up from $56,720 in 2018. Globalization, an economy on the upswing, and technological developments are all increasing the demand for business pros, such as management analysts, market researchers, purchasers, and human resources specialists. The occupation is expected to grow 10% between 2016 and 2026, which is faster than average.

So you studied social sciences in college. Where do you go next? The job market is your oyster, no matter if you’re looking for something in the public or private sector. It’s common for someone with a social science degree to become a government economist, data analyst, or even a salesperson. You can expect to take home $57,310—up from $56,689 in 2018—in the first year.

Graduating with a liberal arts degree, such as one in humanities, used to mean you’d have a harder time finding a full-time gig than your STEM-studying friends. But, the soft skills (critical thinking, creativity, and leadership) you’ve mastered over the past four years are what a lot of recruiters are looking for right now. Though starting salaries for humanities majors have dipped to $56,651 compared to 2018's starting salary of $56,688, the change is ever so slight.

Find popular jobs for humanities majors, such as teachers, editors, and sales representatives, on Monster now.

If you're interested in growing things, you'll be thrilled to learn this industry's average starting salary of $55,750 is an impressive 4.1% increase from 2018's starting salary of $53,565. It's the largest increase of all the majors. All your hard work in the lab, fields, and on the farm are going to pay off, whether you pursue a career in education, landscape design, or crop consulting.

Whether you decide to go into public relations, writing, video editing, or translating, your communications degree could help you earn an average starting salary of $52,056, up from $51,448 in 2018. It’s the lowest starting salary in the group, but fear not: It likely will go up from there. With 10 years under your belt, you could be looking at a salary well into the six figures.

Graduate to the next step in your job search

Congratulations! You’re about to join the workforce and kick-off a promising career. Could you use some help getting started? Join Monster for free today. As a member, you can get custom job alerts sent directly to your inbox so you can spend less time combing through ads and more time applying to jobs. You worked hard for four years—it’s time to reap the rewards with an awesome new job that’ll put you at the head of the class.

See Even More Entry-Level Jobs
Back to top