Wow! The 5 most valuable companies in the world are now tech firms 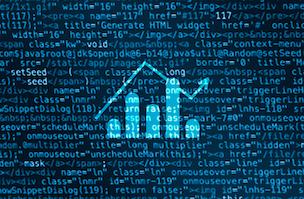 If you’ve been waiting for cut-and-dried evidence that the tech industry is one of the nation’s healthiest, here it is. For the first time ever, according to Bloomberg data, the five highest-value companies in the world are all in the tech industry. The players are the ones you’d expect—Apple, Google, Microsoft and so on—but it marks a milestone that should be encouraging to investors and job seekers alike.

Amazon and Facebook are the big news here. The companies knocked oil giant ExxonMobil out of the top five, where it’s held a spot since 1980—even during the early-2000s dot-com bubble. Literally: This has never happened before.

Job seekers should take note. Market cap can serve as a barometer of a potential employer’s health, and while few people will be surprised to hear that the Apples and Googles of the world are hiring at scale (they are), the news speaks to the world-beating ascendance of the tech industry as a whole.

Look at Nintendo, for instance. The runaway success of Pokémon Go has doubled the company’s market cap to the equivalent of $42.4B—success that has been marked by an uptick in jobs at Nintendo-licensed distributor The Pokémon Company. Monster data, provided by CEB TalentNeuron, also reveals an upward trend in job postings from Apple and Amazon over the past quarter, with the latter adding over 450 listings.

Industry strength is also evident in the tech earnings that have been coming out over the past few weeks, as more and more companies release their quarterly revenues. Craft marketplace Etsy is expected to report around $80M in Q2, while videogame publisher Electronic Arts beat earnings expectations by over 30%.

Earnings are so good, in fact, that the Wall Street Journal has pointed to the tech sector as one of the few bright spots of an underwhelming quarter, with the highest upward earnings revision of any industry. In terms of beating sales estimates, only health care ranked higher.