From donuts to sour chews to chocolate, these candy brands are ready for you. 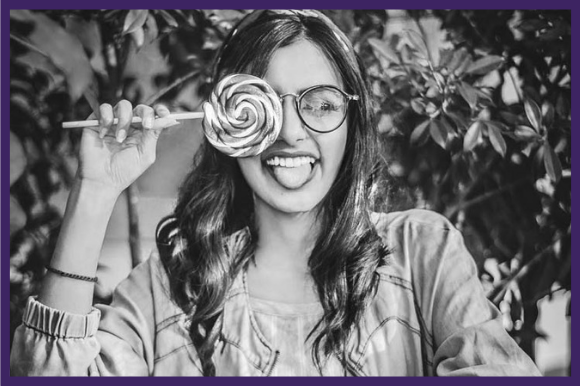 These candy brands will satisfy your sweet tooth—and your wallet.

If you've been known to hoard stashes of candy in desk drawers, steal your friends' trick-or-treat loot, or go nuts for doughnuts, your life would be greatly improved if you had a sweet job—kinda literally. You're exactly the kind of person candy companies are looking to hire. Nearly 54,000 people across the United States work for candy brands, with more than 600,000 jobs supported in related industries, including agriculture, retail, transportation, and more, according to the National Confectioners Association.

As part of the larger food industry, a whopping $44 billion dollars are generated by the confectionery industry each year—that's a lot of allowance money. So candy lovers, confection connoisseurs, and chocoholics listen up: Some of the largest sweets and snacks producers in the country are hiring on Monster. Get a job at any one of them, and your career will make you feel like a kid in a candy store.

What they're famous for: Donut lovers and coffee disciples swear by Dunkin'. The craze started in 1950, when William Rosenberg opened the first Dunkin' Donuts in Quincy, Massachusetts. Five years later, a franchise was born. Today Dunkin' Brands includes both Dunkin' and Baskin-Robbins.
Sweet fact: There are over 8,500 Dunkin' sites in 41 states across the U.S., and over 3,200 international sites across 36 countries.

Find jobs at Dunkin' on Monster.

What they're famous for: From Betty Crocker and Pillsbury baking to Lucky Charms cereal, General Mills employs more than 38,000 people at its 100+ brands. It often appears on "top company" lists when it comes to diversity, corporate responsibility, and great places to work.
Sweet fact: Sweets aren’t the only thing that General Mills excels at. The General Mills Mechanical division was integral in helping to develop the Ryan flight recorder, also known as "the black box" that is located on airplanes.

What they're famous for: Chocolate, chocolate, and more chocolate—what’d you expect? If living in a literal chocolate town (complete with Hershey Kisses lampposts!) is your idea of paradise, head over to Hershey, Pennsylvania, to join one of the most iconic candy companies around. Or, you can choose to work at one of its 50 corporate offices across the globe.
Sweet fact: After a failed caramel business, Milton Hershey turned his focus to chocolate manufacturing. Hershey, Pennsylvania, is still the company's headquarters, and a tourist attraction complete with theme park, candy bar character mascots, and of course, Hershey's Chocolate World.

Find jobs at Hershey on Monster.

What they're famous for: If your ideal breakfast involves a bowl, some milk, and a pile of your favorite sweet cereal (and Froot Loops is definitely in the rotation), you probably start many of your days with Kellogg brands. Why not continue by working with the 100+ year old corporation? With headquarters in Battle Creek, Michigan, (aka Cereal City, USA) and more than 30,000 employees, the positions are as vast as a supermarket cereal aisle.
Sweet fact: The Kellogg Company gave Neil Armstrong, Buzz Aldrin, and Michael Collins their breakfast fuel during the Apollo 11 trip to the moon.

Find jobs at Kellogg on Monster.

What they're famous for: Some might think of boxed mac-and-cheese dinners, but the Kraft Heinz Company is also home to sweet brands, including Jell-O, Cool Whip, and Jet-Puffed marshmallows. As the third-largest food-and-beverage company in North America, Kraft Heinz offers heaps of employment opportunities at its two headquarters in Pittsburgh and Chicago, and beyond.
Sweet fact: Kraft Heinz is also pretty sweet when it comes to giving back through its partnerships with Stop Hunger Now and Feeding America, in which the company has provided more than 2 billion servings of food to those in need.

What they're famous for: If your movie-theater concession stand essentials include Snickers, M&Ms, and Twix, you may very well be the perfect candidate to join the Mars team. Of course, the 100-year-old corporation offers its employees more than just a sugar rush—Mars is a global manufacturer, still family run, that operates six business segments (including pet care!).
Sweet fact: The name M&M combines the last names of Forrest Mars (the founder's son who took control of the company) and Bruce Murrie, the son of Hershey executive William Murrie, since Hershey owned a 20% stake in the brand.

Find jobs at Mars on Monster.

What they're famous for: You might not recognize the name of this parent company, but many of its products are probably in your pantry (like Chips Ahoy! and Oreo cookies, Sour Patch Kids, and Cadbury chocolates, to name a few). Join Mondelez’s more than 90,000 employees and be part of a sweet (and savory) snacking empire.
Sweet fact: Mondelez holds the number 1 spot globally in biscuits, as well as the number 2 spot in chocolate, candy, and gum.

Find jobs at Mondelez on Monster.

What they're famous for: As the world's largest food company with 2,000 brands (from Butterfinger to Wonka candies… mmm) and a 328,000-strong workforce, there are lots of Néstle jobs available across the globe.
Sweet fact: Nestlé's founder was a German-born pharmacist named Henri Nestlé, whose first product line was an infant formula that combined cow’s milk, wheat flour, and sugar. They still make baby food today, as they own Gerber and other brands.

Find jobs at Nestlé on Monster.

What they're famous for: Formed in 1980, PIM is among the premier makers of chewy stuff: Welch's Fruit Snacks, Gummi FunMix, Sun-Maid Chocolate Raisins, Sour Jacks, Nuclear Sqworms, plus the more grown-up Toggi Wafers and Tuxedos Chocolate Almonds.
Sweet fact: PIM was ranked as one of the top 50 on Candy Industry magazine’s Global Top 100 confectionery companies. PIM has also been named as one of the fastest growing CPG companies in the U.S. by The Boston Consulting Group and IRI for the fourth time in six years.

Find jobs at PIM on Monster.

What they're famous for: Founded in 1923 in Denver, Russell Stover Candies is the largest producer of fine boxed chocolates in the United States. They operate 35 company-owned retail shops throughout the country and at over 70,000 drug stores, card and gift shops, grocery stores, department stores, and retails stores. In September 2014, Lindt and Sprüngli acquired the company, and the chocolates are now sold in more than 80 countries with production sites in Europe and the U.S.
Sweet fact: The company began as a candy business in the home of Russell and Clara Stover. Originally called “Mrs. Stover’s Bungalow Candies,” the sweets changed to Russell Stover Candies 20 years later.

What they're famous for: From decadent fudge concoctions to brittle and toffee, the homemade candy recipe from Mary See's small California shop has blossomed into a 200-store empire and online store. With factory locations in Los Angeles and South San Francisco and retail stores across the country, career opportunities include sales associate, online customer service, and candy maker.
Sweet fact: According to the See's website, many of their employees have been with the company for 25 years, with even a few even reaching their 50-year anniversary. Now that's sweet!

What they're famous for: For more than 120 years, Smuckers fruit spreads have been part of a childhood tradition (and late-night snack craving): the humble PB&J sandwich. Beyond yummy jams and jellies, though, the Northeast Ohio–based corporation also has a variety of sweet career opportunities, employing almost 7,000 people.
Sweet fact: The unofficial start of the company took place in 1897, in Orrville, Ohio, when a farmer named James Monroe Smucker began selling apple butter from a horse-drawn wagon.

Find jobs at Smuckers on Monster.

All product and company names are trademarks™ or registered® trademarks of their respective holders.

For a sweet job search, do this

You're likely familiar with the saying, "a spoonful of sugar helps the medicine go down." So if the thought of finding a job leaves you with a bitter taste in your mouth, we've got a solution. Could you use some sweet relief? Join Monster for free today.  As a member, you can get job alerts sent directly to your inbox so you can apply as soon as the jobs are available. Additionally, you can upload up to five versions of your cover letter and resume—each tailored to different types of jobs that interest you. Recruiters search Monster every day looking to fill top jobs with qualified candidates, just like you. Monster's got so many jobs to choose from, you'll feel like a kid in a candy store.